MERLIN CLUB: GWAINE
Or the One With All the Hair Swishing (Thanks, Gwaine!)

MERLIN CLUB IS BACK!!! After two weeks away for the Author After Dark convention and recovering from an epic road trip with Bron and Jen, I was so happy to jump back into Merlin Club. I missed my boys! :) So here we go...

RECAP – The episode opens with Arthur and Merlin arriving at a small village after a day of hunting and Arthur decides he needs some mead. So they go into the tavern, and no one knows that the prince is in their midst.

The barmaid makes flirty eyes and when Arthur takes her aren’t-you-a-handsome-one comment as being directed at him, she quickly informs him that she is checking out Merlin (and who can blame her? ROWR). The look on Arthur’s face is priceless. Seriously.

Anyhoo, as they enjoy their tankards of mead, Arthur notices a burly guy taking money from the barmaid and demanding more—which she doesn’t have. Arthur orders the dude to give the money back , and a fight breaks out. An all out brawl between the thug and his friends and Merlin and Arthur. During the fight a stranger jumps in and helps prince and servant

When they are victorious, Arthur has the men put in the stocks and reveals himself as the prince. They then bring the stranger, Gwaine, back to Camelot to recover from his injury.

While in Camelot, Gwaine causes some troubles with him womanizing ways (even flirting with Gwen *gasp* which ticks Arthur off), racking up big bills at the tavern by treating pretty much everyone to drinks—and Merlin saves his hide and has the tavern send the bill to the Arthur. Arthur is unhappy, of course, but Merlin points out the prince said Gwaine was to be given anything he wanted and offers to pay for the bill himself. And he and Gwaine end up polishing the boots of all the knights. 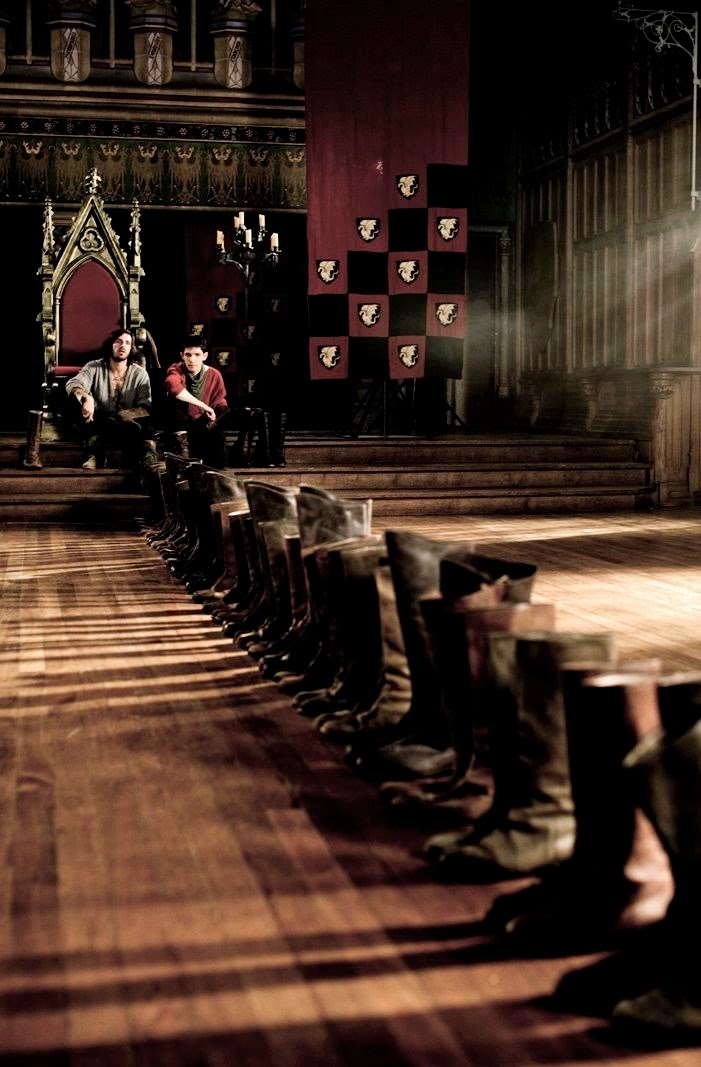 Gwaine confesses that if he’d known Arthur was the prince, he wouldn’t have helped. He can’t stand the nobility.

Meanwhile, to of the jerks from the tavern brawl, are anxious for some revenge against Arthur. They plan to enter the melee and kill the prince—with the help of some magic crystals (which allow them to take on the appearance of two knights they’ve killed) and swords that look blunt but are actually quite sharp. They arrive in Camelot, and Arthur offers up Merlin’s services, as he seems friendly with the knights the guys are impersonating. They’re real jerks to Merlin, basically, ordering him around and being asses in general.

Later, Merlin asks Gwaine why he hates the nobility so much and the other man reveals he’s actual of noble birth. His father was a knight and was killed in battle. His king refused to help Gwaine’s mother afterwards. Gwaine sees nobles as only titles and thinks knights are arrogant jerks. Merlin says Arthur is different.

In the imposters’ chambers, Merlin cuts himself on one of the supposed blunted blades and goes back that night to investigate, but accidently wakes one of the guys up. He’s in quite a bind but Gwaine shows up and helps him. The thugs spin a different story to Uther though, saying Gwaine tried to kill them and call for his execution. Uther is all affronted and in arms because Gwaine dares to speak, against noble knights, no less. Yeah, I'm rolling my eyes right about now. Gwaine doesn't cower though.

Arthur argues as Gwaine saved his life and Uther (still a douchcanoe….I know SHOCKER), banishes him from Camelot instead.

During the melee, Merlin does the best he can to protect Arthur without revealing his magic and soon only Arthur and the two jerks. But a knight who had been wounded earlier rejoins the fight and comes to Arthur’s aid. When the bad guys are defeated and dead, the knight is revealed to be Gwaine. Uther, of course, isn’t grateful Gwaine helped Arthur…oh no. He is furious and demands Gwaine’s execution for killing two knights. But Gaius shows him that they were not knights, exposing the crystals, and convinces Uther to reconsider Gwaine’s sentence.

Later, Arthur talks to Gwaine and apologizes as uther refuses to lift the banishment though Gwaine will no longer be killed, so yay for that. When he leaves, Gwaine tells Merlin that he believes Arthur to be different and there are strong hints that when Arthur is king, Gwaine just may return. Merlin and Arthur watch Gwaine leave, and Arthur gets upset when he sees the man flirting with Gwen. Merlin teases him, saying that Gwen couldn’t possibly set her sights higher as she’s just a servant. Arthur tells him to shut up and they push and chase each other around as they go back inside the castle.

If I wrote this episode, I would have changed… I guess the whole Gwaine flirting with Gwen thing… It’s not a huge thing but the whole every guy that comes long finds Gwen so freaking irresistible gets a bit old. And other than making Arthur jealous, which did we really need that?—it didn’t serve any purpose in the story at all. That was Gwen’s only role in the whole episode—being on the receiving end of Gwaine’s flirting. So I’d have just cut that out.

Thing(s) I loved about this episode—The Merlin/Arthur banter throughout. The look on Arthur’s face when he realizes the barmaid isn’t into him, the golden prince, but his servant. I like the budding friendship between Gwaine and Merlin. And just Gwaine, general. Hair swishing and all. :)

Thing(s) I hated about this episode—Hate that Gwaine is still banished at the end. Purely selfish on my part because I find him pretty and wish to gaze at him more. Hated the flirtation with Gwen as I mention above.

Something I never noticed about this episode before—Nothing here this week.

Proof of some head canon I’ve created—The connection between Arthur and Merlin. That they feel/sense when the other is in danger. During the bar fight, Arthur is getting pummeled but still yells out a warning to Merlin when he’s about to get hit from behind (yeah, yeah, he could just be that observant, but don’t burst my bubble. I chose to believe he sensed it because he had his own shit to be worrying about but still…saved Merlin’s hide.)

Also, I’m not wholly unconvinced something didn’t happen between Gwaine and Merlin. I’ll get into this more later in the series, but they got pretty close, pretty fast if you know what I mean. 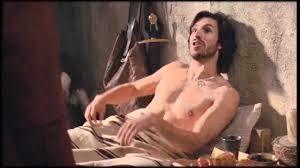 What would Bron steal from Camelot in this episode? The crystals. I think they’d catch the sun quite beautifully hanging in her windows, don’t you? 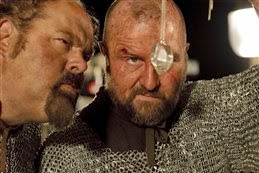 What made Jen lose her shit (in a good or bad way) in this episode? This was a hard one this week… The lack of Gwen and Morgana in this episode. They hardly feature at all and seem utterly superfluous.