MERLIN CLUB: EXCALIBUR
Or the One When Uther Has a Good Parenting Moment (and this is worth mentioning because it doesn't happen often, folks)

RECAP - Nimueh is back! She’s in a crypt of some sort and performs…you guessed it MAGIC. She chants a spell, ending with “Uther Pendragon”, and a fist bursts through the stone coffin. Nimueh smirks.

Back in Camelot – This is a coming of age ceremony, I suppose. Arthur is crowned as Prince of Camelot.
Suddenly a black knight on a black horse jumps through a window into the hall. The knight throws his gauntlet down, issuing a challenge. 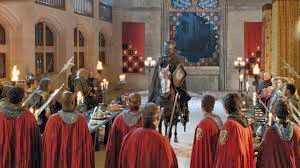 And Sir Owain picks it up. The knight states single combat to the death at noon before riding out. Gaius claims not to know the knight but he and Geoffrey of Monmouth recognize the crest the knight wore. The knight is Tristan DuBois. Gaius immediately goes to Uther who already gets it. But there is a twist. Tristan DuBois is dead; Uther killed him twenty-one years ago. Uther is quick to point out that “Dead men do not return.” Well, it seems they do, sire.

The next day, Arthur instructs Sir Owain to help prepare him for his upcoming fight. Gwen comes in and gives Owain a token from Morgana.
During the fight, Owain manages to stab the black knight in the belly but it doesn’t even slow him down. Owain is killed and the Black Knight issues another challenge. Uther holds Arthur back, which allows another knight – Sir Pellinore – to take it up.
Arthur confronts Uther about this. Uther says the knights should be allowed the chance to prove themselves and Arthur is not blame.

Merlin tells Gaius that he saw Owain land a killing blow and that the Black Knight should be dead. Gauis mutters that perhaps he already is. The two go to Tristan’s crypt and find the broken stone and empty tomb. Back in Gaius’ chambers, we find out that Tristan was Igraine’s brother, Arthur’s uncle. He blamed Uther for Igraine’s death in childbirth and came to Camelot to challenge Uther. Uther managed to kill him in single combat but Tristan swore he would return one day and take his revenge. Gaius fears sorcery has been used to harness the grief and rage of Tristan’s soul, forming a wraith. Merlin asks how to stop it. Gaius says they cannot. A wraith is not alive. It can’t be killed with a mortal weapon and it will keep on killing until it gets its revenge.

The next day, Sir Pellinore fights the Black Knight. He, like Owain, manages to stab the Knight but it doesn’t harm it. Though Morgana and Gwen notice the blow, this time. Pellinore dies, and this time, Arthur throws down his own gauntlet in challenge before the Knight can.

His challenge is accepts and the knight walks away.

Uther tells Arthur to revoke the challenge. Arthur refuses. It’s against the rules and he has to prove he is worthy to take the throne some day. Uther says Arthur will die. Arthur replies that his father has little faith in him.

Merlin suggests using magic to destroy the knight. Gaius goes to the king and tells him Tristan’s tomb is empty, that Tristan has been conjured from the dead. He tells Uther not to let Arthur fight as no mortal weapon can kill the dead. Arthur will die. Uther says that Arthur will not listen, and Gaius says perhaps Uther should tell Arthur who the night is. We find out that Gaius ahs been worn to secrecy not to tell. Uther dismisses him.

Merlin attacks the knight with magical fire, but it has no affect. He goes to Arthur, telling him to back out. Arthur refuses.

She says the wraith is her revenge for Uther banishing her and killing so many magic users. Uther accuses her of killing Igraine. She says she had no choice. Balance had to be maintained. By using magic to conceive Arthur, Igraine’s life had to be sacrificed. But Nimueh says if she had known the consequences –Uther’s persecution of those with magic – she would have never helped him.

Merlin, with some help from the fantastical genealogist Geoffrey, looks for information on weapons that will kill the undead. After finding a reference about weapons blessed by dragon, Merlin goes to Gwen to get a sword. She gives him the finest blade her father has made, and Merlin takes it to the Great Dragon. Kilgarrah agrees to bless it, breathing fire upon the sword, but warns that it can only be used by Arthur. That, in the wrong hands, it could be used for terrible evil. 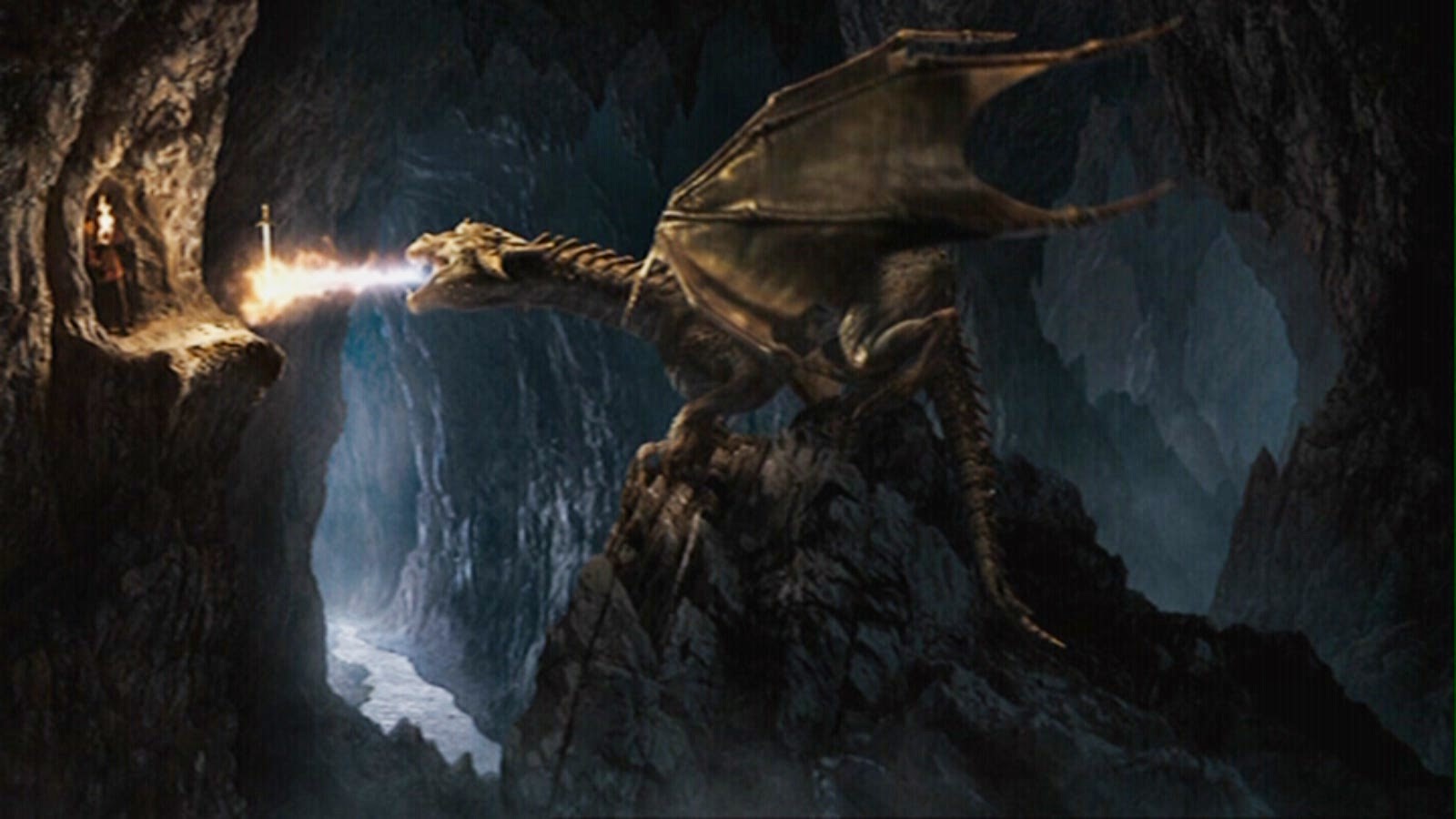 Under Uther’s orders, Gaius drugs Arthur so that the king can take his place in the fight. He meets Merlin in the armory and takes the dragon blessed sword. He uses the weapon to fight the wraith, telling Tristan he can have what he came for – the father, not the son. After some fighting, Uther knocks off Tristan’s helmet and we finally see the wraith. 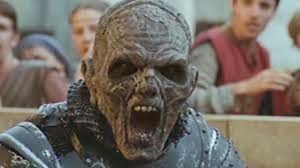 Tristan attacks and knocks Uther to the ground, but his sword is stuck in Uther’s shield. The king runs Tristan through. The Black Knight screams and bursts into flames. Nimueh, who was watching in the crowd, looks pissed off and leaves.

Arthur confronts Uther after, but Uther says he couldn’t allow the most precious thing to him die. Arthur is surprised, always under the belief he was a disappointment to Uther. 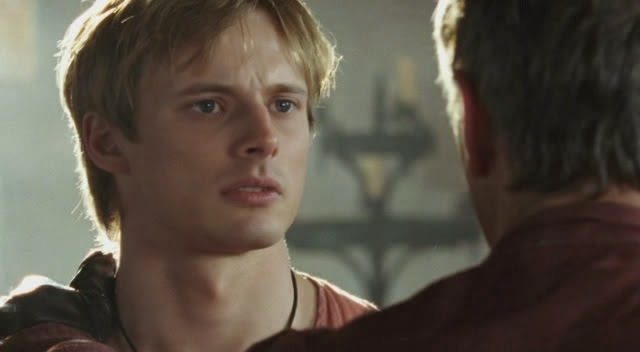 The Great Dragon is majorly pissed that Uther wielded the sword, not Arthur. The weapon in Uther’s hand would only bring evil. As it cannot be destroyed, Kilgarrah orders Merlin to hide the sword where no one can find it. Merlin sneaks out with the sword, travels to the lake of Avalon and casts it into the water.

If I'd written this episode, I would have changed... The flirty business between Gwen and Merlin. I think this is the last vestiges of this but... I would have just left this out altogether.

The thing I loved about this episode: Arthur. Plain and simple. He was just lovely in this episode. L.O.V.E.L.Y.  Sexy as hell and noble as fuck.
Also this was the first time I had a glimmer of sympathy towards Uther. You see that he lost someone and it twisted him AND you see his love for his son. Telling Arthur he was precious to him... Finally a good parenting move on Uther's part. Uther is still totally a douchecanoe but a slightly more understandable one.

The thing I hated about this episode: I hate the secrets kept from Arthur and that they drugged him. I get it was to save his life, but it wasn't well done, Uther and Gaius.

Also, how Arthur feels that everyone has no faith in him. Uther, Merlin and Morgana all come to him to convince him to withdraw from the duel and each time you see Arthur feeling worse and worse about himself.

Something I never noticed about this episode: I didn't notice before that the gold inlay-with the inscription-was not on the sword until Kilgarrah breathed dragon fire on it.

What would Bronwyn steal from Camelot in this episode? I guess I'd have to say freaking Excalibur. I could totally see Bron showcasing that sword in her house.

What made Jen lose her shit (in a good or bad way) in this episode? How often Gaius is called up upon to drug the youngsters of Camelot. And the fabulous Geoffrey helped Merlin figure out how to save the day. :D

Until the next episode - The Moment of Truth - which we'll be watching Monday, 3/24, at 8pm EST. We'll be on Twitter with the hashtag #MerlinClub
Posted by Jess Jarman at 8:00 AM